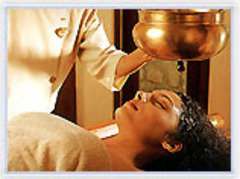 Bulgaria is ranked among the countries with the best chance to reveal the full potential of health tourism. Bulgaria is among the countries that combine excellent quality of medicine services at highly competitive prices. Therefore, Bulgaria has a great chance to transform into a preferred destination for health tourism. Reuters announced this officially, based on a study by the Economist Intelligence Unit based in France. Medical tourism has long been a feature of healthcare, however, it has been regarded as a privilege for wealthy patients from developing nations who traveled to western hospitals to get the best health treatments, corresponding to their budget and needs.

However scientists warn that medical tourism holds some risk of spreading dangerous bacterias around the world. In 2013 the European Union will apply a new directive, that patients, who have received medical service in other European countries, will have the chance to get their expenses refunded.This directive will boost the tendencies for health tourism.