Bulgarias miracles: art, wine and traditions- one of nominated top 50 tours of a lifetime in 2012 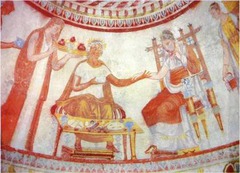 National Geographic Traveler nominated the cultural route "Bulgarias miracles: art, wine and traditions" as one of top 50 tours of a lifetime destinations for 2012. Bulgaria is included in the category Europe and it is introduced as The land of Dionysius and Orpheus along with routes in Bosnia and Herzegovina, France, Iceland, Italy, Poland, Portugal, Romania and Russia. National Geographic traveller is world-famous travel magazine with over 7.5 million readers.

The ranking was presented on April 12th, 2012 in Vermont. The team of National Geographic Traveler shared with readers that it was difficult to choose destinations, because all travel spots deserved to be included. Yet, the team of experts put many efforts into selecting the most authentic, innovative and undiscovered eco journey. Tours Cultural crossroads have been already included in the prestigious ranking three times- in 2009, 2010 and 2011. This year the route Miracles of Bulgaria is among selected tours. Besides this is the first time when National Geographic Traveler included a small European country in top 50 travel spots for cultural tourism.

Experts are personally impressed with Bulgaria as a result of their visits and journeys. They have also used information from conversations with people who represent Bulgarian cultural scene etc. All reports show known cultural and historic spots in a new way as they blend the authentic with the elegant style, as well as put the accent on the local charm of the areas. Some of Bulgarias landmarks in the spotlight are Rila monastery, Boyana church in Sofia city, Danube River areas, Black Sea coast, Kazanluk Thracian tomb, as well as the oldest Neolith residences in Europe, constructed 6000 years BC. Some of the landmarks are included in UNESCO World Cultural heritage list.

Miracles of Bulgaria is one of the best gourmet and wine tasting tours which help tourists find the flavour, the taste which are inherent to best European traditions. The tour also includes baking, weaving and all preserved traditions that used to be centuries old rites.

Discover Bulgaria with us- authentic cultural tours in Bulgaria!

Stanley Jordan is among the guests of this year's Roses Festival in Kazanluk.

Bulgaria rose oil attracts even more tourists this year as they get acquianted with unique product and rose production.

Are you ready to meet Santa Claus- New Year Holidays 2011 and Christmas in Bulgaria in the last minute- Hot offers!

The music festival Free Open Air Sevtopolis 2010 will be held for second year in a row near Koprinka dam. The festival will take place on 28th and 29th of August 2010.

Cross-Country Mountain Bike weekend in Karlovo, explore the Rose valley on your

The golden mask of the Thracian king Teres and the helmet of Sevt III are a part of the exposition which Bulgaria will put on display during World Expo in Shanghai. It is due to begin on 1st of May 2010 and International Fair Plovdiv organizes Bulgarias participation.

An exploring expedition in search for Odrisi capitals

Japanese investments in the tourism of Kazanlak town

Sevtopolis and Bulgarian rose to be presented in European Parliament

Places to go in Kazanlak