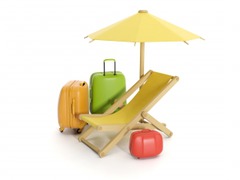 Euromonitor International released its latest Top City Destinations Ranking for 2011, covering 100 of the world's leading and most dynamic cities in terms of international tourist arrivals. Hong Kong topped the ranking with more than 20 million arrivals in 2011. Hong Kong remains largely dependent on arrivals from China, but new themed events organized by the Hong Kong Tourism Board helped draw in visitors from Indonesia, South Korea, Singapore, Malaysia and Thailand.

Singapore and London kept their 2010 positions as number two and three on the list, recording nearly 20 million arrivals and 15 million arrivals, respectively. Singapore's growth was driven primarily by large events like the Great Singapore Sales, Formula One Grand Prix and TravelRave, while London benefited from a wide mix of entertainment options and its position as Europe's best connected city. We are glad to share with you that 3 Bulgarian cities are among the Top 100 City Destinations  Burgas, Varna and Sofia. Burgas has been ranked 74th with an increase of 7.7%. Varna is ranked 79th, and Sofia is making it to the 96th spot.