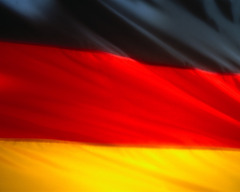 It is reported that there is a growth of 4% of the bookings by German tourists who choose Bulgaria for their summer holiday destination. UK market is also associated with good results. It is expected that Russians will maintain their last years levels. Bulgaria would welcome more Russian tourists since the government has decided to allow Russian tourists to come with their Schengenvisa no matter which country is the issuer of the visa. This news should affect positively the bookings of Russian tourists.

First holidaymakers have arrived at Bulgarias coastal resorts, but they are accommodated mainly in SPA, balneology hotels along Black Sea coast, as well as in Varna, Golden Sands and Pomorie. Generally speaking, first tourists are expected to arrive for the new summer season in Bulgaria in the beginning of May. It is again expected that the period July 25th and August 10th will mark the peak season. Experts foresee that figures, associated with summer season 2012, will keep their last years levels. At all travel exhibitions that Bulgaria took part in, it is said that there is a slight growth of the bookings for summer season 2012.