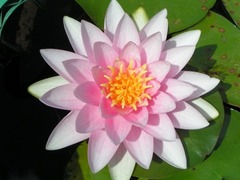 Bulgarian Deputy Minister of Economy, Energy and Tourism, Ivo Marinov and Gershon Gelman, the chairman of Tel Aviv's Labour Union in Israel, discussed the opportunities for Israelis to spend their vacation in Bulgaria. One of the accents of the meeting was the idea for recreational treatments after surgical procedures to be carried out in Bulgarian balneology centers. It is expected that the first group from Israel will arrive in Bulgaria in mid-November. The exchange of tourists between Bulgaria and Israel is on the rise, but it does not correspond to the existing potential. From January to September 2010, Bulgaria was visited by 111 231 Israeli tourists, a figure that represents 14.9% increase in comparison to the same period in 2009.

Marinov and Gelman also discussed the presentation of Bulgaria during a special forum that will be held as a part of Israel's tourism fair in February 2011.