Bulgaria has a great potential to develop balneology, SPA and wellness tourism

Bulgaria has a great potential to develop balneology, SPA and wellness tourism 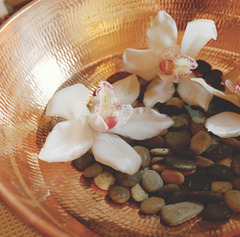 Picturesque Bulgaria is second in Europe in terms of SPA and wellness tourism due to the wealth of natural mineral springs. Mr. Dimitrov, a professor at Southwestern University in Blagoevgrad and vice chairman of the Bulgarian Chamber of Education, Science and Culture said that Bulgaria, along with France and Romania make 60% of SPA and wellness industry within the European Union However, Bulgaria is not so distinguishable as a destination offering these services.

Bulgaria has seen many improvements in the wellness industry over the past 20 years and many luxurious and yet affordable hotels have been constructed. Every guest can make use of the services in the hotel and most of them are not payable. Notwithstanding, many countries in Western Europe do not offer free services at all. Bulgaria boasts a cultural heritage that also attracts many tourists. An issue is, however, that it is recognized as truly and Bulgarian and authentic only for the country. Yet, Bulgaria has been inhabited predecessors of todays culture such as Thracians and other tribes and therefore the country keeps the secret of different civilizations. Unfortunately, Bulgarias wealth of archaeological and cultural landmarks is not described in detail in many tourist guides and brochures and tourists remain under the impression that it is a country which fits for their ski and summer holiday arrangements.

Actually, unlike Paris and Vatican, Bulgaria lacks a symbol that can be closely related to the country and position firmly in customers mind. Therefore, what professionals need to do is to create a steady image through which the customer would easily associate with country with cultural tourism. Mr.Dimitrov stressed that Bulgaria needs a campaign for the following five to ten years, efforts and more funds in order to accomplish this difficult, but yet achievable task.

According to Mr.Dimitrov, the investment in advertising is profitable, especially if the funds are spent properly. In order to determine whether the advertising is efficient, it should imply an exclusive offer for sale. The advertising campaign needs to be focused on all reasons why one should visit Bulgaria, what they can see and what distinguish the country from other popular destinations. Yet, this main idea is not properly set in Bulgarian ad spots. As other countries from Eastern Europe do, Bulgaria needs to find the accent and incorporate it into all advertising campaign. That is because the country is more than a seaside holiday venue, it is a picturesque location that boasts beautiful mountainous resorts and many cultural landmarks. We need to endeavour to develop the image in several ad spots in order to attract prospects interest, because a proper image cannot be established in 40-second ad spot.