We have the pleasure to introduce you the High Mountain Sports Complex Belmeken, built on the plateau where the ranges of the Rhodopes and the Rila mountains meet, situated 2050 m above the sea level in the neighborhood with the Rila National Park and the Belmeken dam. HMSC Belmeken is world famous for its ecological environment and picturesque surroundings.  The unique nature, altitude and the services offered are the prerequisites HMSC Belmeken has only one analogue in Europe – Sierra Nevada High Altitude Training Centre. HMSC Belmeken is preferred place for preparation of sportsmen from all over the world - Russia, Ukraine, Germany, Norway, Japan, Australia etc.

The nearest settlement is Velingrad town. The transport realizes by own cars only or by hotel’s buses.The distance between HMSC Belmeken and Sofia, the capital of Bulgaria is 140 km only. The roads are well-established.

HMSC Belmeken was built in 1968, but in the period from 2003 till 2005was carried out modernization and reconstruction of the complex.

The complex is used all the year round and has its own parking for 50 cars.

It offers perfect possibilities for sport training and it is absolutely suitable for individual and family rest, for children groups and school groups. The pleasant climate and nature, the safe environment , the crystal airand altitude are favour for high- mountain climate therapy. The complex provides conditions for conducting school process.

It has been scientifically proved that the sport preparation and training of the athletes of Belmeken contributes to the improvement of their all-round fitness and sport performance. The food responds to the contemporary requirements and assures fast physical recuperation of the sportsmen.

Wi-Fi internet in the hotel: yes, on payment
Reception: 24 hours


Belmeken hotel has two-star category and it is composed from 3 bodies with indoor connection between them and sports halls. The hotel has available 275 beds in double and triple rooms and 6 luxury apartments. All rooms and apartments offer: separate bathroom, satellite television, central heating.

Type of traveller:
alone on a holiday

Type of traveller:
alone on a holiday 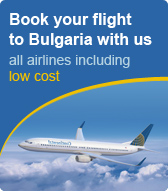