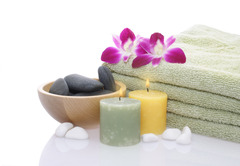 Instead of Hungary, the Czech Republic and Slovakia, German patients will be treated in SPA centres in Velingrad, Southwestern Bulgaria. The medical services they need will be covered by the German Health Fund and the patients will pay for the stay in the hotels. This option emerged after the German Health Fund opened an agency in Bulgaria and contracted a cooperation agreement with SIRONA, International association for Tourism and Balneology, explained Nikolay Karagyozov, head of the association. In the end of the last year the first a hundred guests on the programme were in Bulgaria. According to Karagyozov they were pleasantly surprised with the conditions here. For a fortnight the German Health Fund pays between 200 or 250 euro the medical expenses on the treatment of neurological, bones and joints ailments as well as Bekhterev's disease.

"The cost is almost double in the competitive countries and that is why we expect Bulgaria will be promoted," Karagyozov said. The price Germans will pay for the stay is almost the same as elsewhere and the hotels here are much more modern, according to Karagyozov. The families of the patients will avail of discount prices for their stay. The menu of the patients will be prepared according to the advice of dietary experts and their physical condition.

Book your flight with us