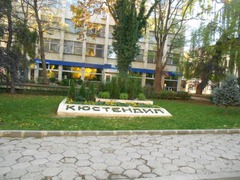 Kyustendil is one of the oldest cities in Bulgaria and its historic past makes it an attractive city in Bulgaria. Kyustendil is a preferred weekend holiday destination, but there are many landmarks which worth visiting and you should definitely spend more days in this city./p> 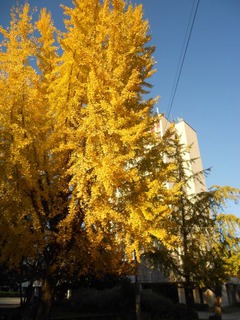 Thracian inhabited the region of Kyustendil during 5th century B.C. since they were attracted by the favourable location of the settlement and its mineral springs. Later, when Romans came to the town, it has been named Pautalia and it quickly became popular for the water with its healing properties. Romans had a good health due to the curative treatments in these mineral springs. 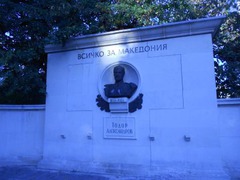 Archaeologists say that Kyustendil was the city where old coins could be found and some of them you can find in the Historical museum in Kyustendil. One of the coins dates back to 1st century B.C. and it has the name Pautalia, inscribed on it, as well as the image of the God of medicine, Asclepius. On the other side of the coin there is a snake which is the symbol of the curative water.

The miraculousness of the water can be attributed to some of its properties, the temperature which is between 18 and 73 degrees, the chemical ingredients etc. The water has a low mineralization. Besides the hotel water in the baths, there are hot water fountains in the city. 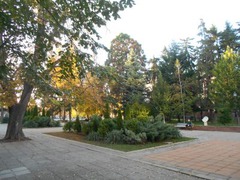 Kyustendil is a city which has its beauty in all four seasons. It is visited by many people who are looking for a way to improve their health and cure their diseases. If you suffer from diseases of the locomotory system of inflammatory, degenerative, traumatic and endocrinal, it is recommended to visit and stay in the balneology resort. Treatments for different diseases differ and an expert will prescribe the best treatment for you. Another interesting resource in Kyustendil, Bulgaria is the swamp Chuklyovo Blato in the village of Baykal. The healing peat mud originates from the swamp and actually this peat mud depot is the only swamp approved for medical purposes.

The most famous Roman thermal bath in Kyustendil is built to pay tribute to Hygeia, the daughter of Asclepius, the God of Health. The magnificent thermal Roman Bath is better known as Chifte Banya and it was constructed in 2nd-3rd century B.C. Two new Roman baths, Chifte Banya and Alay, were built to replace the old Turkish baths in 1910. There a beautiful park with trees, flowers and benches.

Your romantic weekend break or a longer holiday in Kyustendil  book your hotel today! ! 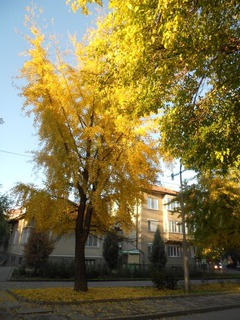 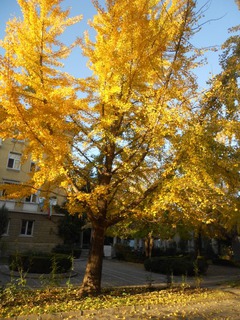 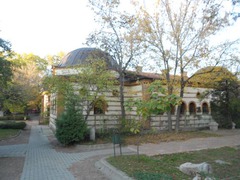 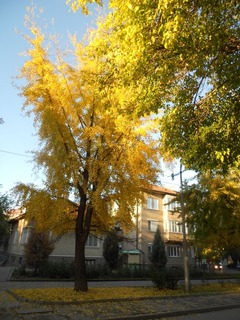 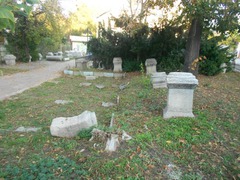 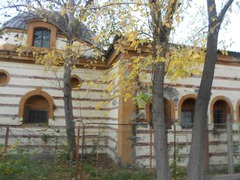 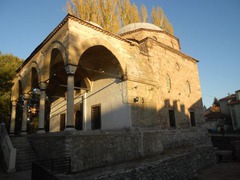 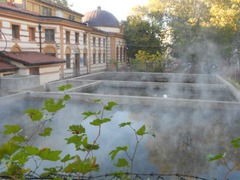 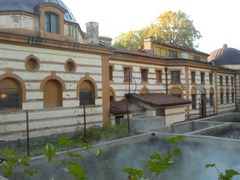 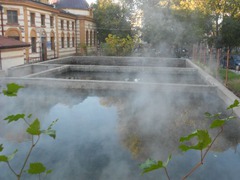 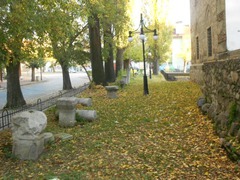 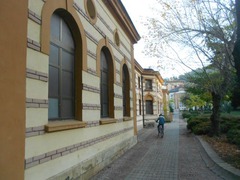 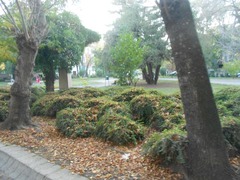 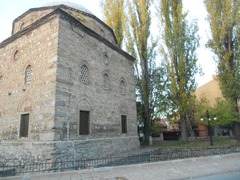 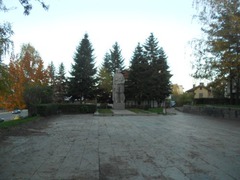 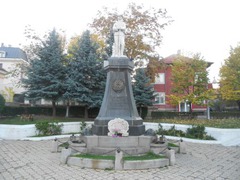 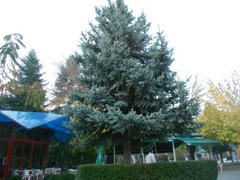 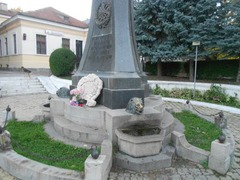 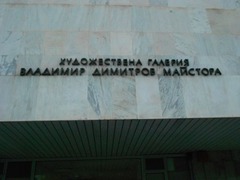 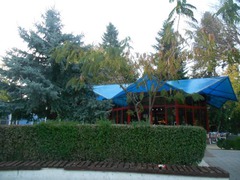 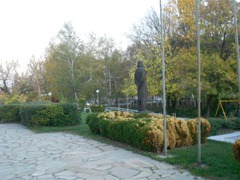 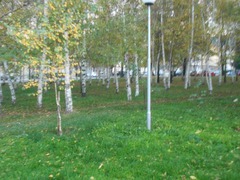 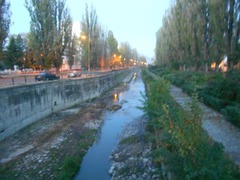 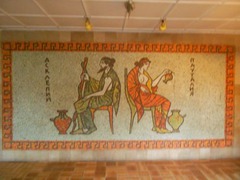 Spa holidays and packages in Bulgaria

Spa holidays and packages which are hot now for Bulgaria!

Kyustendil has potential to apply for European capital of culture.

Cultural tourism is one of the topics which will be discussed at the conference in Kyustendil.

The medieval church  St George in Kyustendil attracts more tourists from different parts of the country. The temple is one of Kyustendil's most popular landmarks.

Eco path will connect a wondrous waterfall with the cave of St.Ivan Rilski

The residents of the village Polska Skakavitsa, Kyustendil region are working on a project to develop the idea of creating an eco-trail connecting the Polska-Skakavitsa wondrous waterfall with the cave where it is supposed that the hermit Ivan Rilski spent years in solitude.

Carnival of Butterflies in Kyustendil

Kyustendil Municipality and the Bulgarian Biodiversity Foundation organize " Carnival of Butterflies - flying flowers over the Polsko-Skakavitsa waterfall. The event will be held in the courtyard of the new school in the village of Polska Skakavitsa, Bulgaria on 24th and 25th July.

Three days from 17th until 19th of June are devoted to the festival of cherries! Visit the third edition of the Cherry Festival.

The best Bulgarian SPA hotels offer a wide variety of attractive packages and reduced hotel rates for your advantageous SPA vacation this summer.

Bulgaria has cemented its reputation as a popular SPA destination not only on the Balkan Peninsula, but also whole Europe. This commented Mr Ralin, the chairman of BHRA. He pointed out that Bulgarias SPA hotels have been top choice at all tourism expos, especially in Moscow, Bucharest, Belgrad, Berlin.

Diving in the search of treasures near Sozopol coastal resort

The waterfalls near the village Ovchartsi attract increasing number of tourists

In search of an early spring one-day adventure close to Sofia after a short examination of the map we head for the Erma river gorge, situated just 75km south-west of Sofia on the Bulgarian-Serbian border.