The beauty of the Bulgarian monasteries

Dates: every saturday from 07.05.2023 to 17.09.2023
Minimum participants: 2
Price: 599 EUR
Price includes: bed and breakfast accommodation, transport, all entrance fees, guide.
Price doesn't include: transport to Bulgaria (may be booked separately) 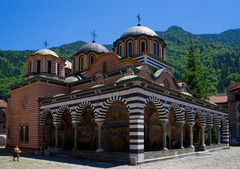 8 day Bulgarian monastery tour - the most prominent Bulgarian monasteries for only 599 EUR, accommodation in 4* hotels only with breakfast included. Guaranteed dates every saturday and sunday from 2th May to 18th September 2023 for at least 2 participants.
Book now

Package prices:
Price per person in double room  599 EUR
Single supplement  120 EUR
Dinner supplement  95 EUR
Price per child on regular bed  534 EUR
Price per child on additional bed  499 EUR
For participants arriving at Friday, the program starts with two overnights in Sofia. For participants arriving at Sunday, the program starts with overnight in Veliko Tarnovo and finishes with sightseeing in Sofia.

The above prices include:

Prices do not include

Flight ticket to Bulgaria. You can book a flight to Bulgaria from any town in Europe with us as we are authorized IATA agent. Click here to book a flight. Sample air ticket prices for some popular destinations: 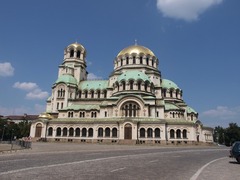 Alexander Nevski Cathedral, SofiaBreakfast. Sightseeing tour of historical center of Sofia: the Cathedral Alexander Nevski, one of the most remarkable monuments of Orthodox culture in Bulgaria, built in 1912 in Neobyzantine style; The Crypt, where are exhibited ones of the most beautiful Bulgarian icons; The Church Sveta Sofia which was built on the site of several earlier churches and places of worship dating back to the days when it was the necropolis of the Roman town of Serdica; St. George Rotunda, considered as the oldest building in Sofia, built by the time when Emperor Constantine the Great had been staying in Sofia. 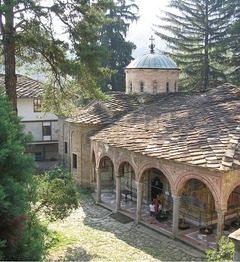 Troyan monasteryIn the afternoon, visit of Troyan monastery, the third largest monastery in Bulgaria, situated in the northern part of the country in the Balkan Mountains, on the banks of Cherni Osam River. It was founded in the end of the 16th century. The main church of the monastery was reconstructed during the Bulgarian National Revival period by a master-builder called Konstantin in 1835 soon after the decline of Ottoman Rule was marked. The richly decorated interior and exterior of the church were painted between 1847 and 1849 by the great Bulgarian icon-painter Zahari Zograph. 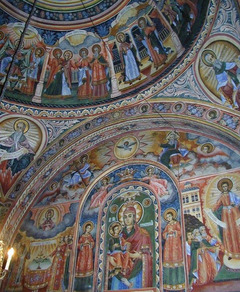 Troyan monasteryThe Troyan Monastery also keeps one of the holiest icons in Bulgarian Orthodoxy, the Three-Handed Virgin since the 17th century. The Troyan Monastery is also famous for its incredible wood-carving. The oldest carving is the marvellous woodcarved iconostasis of the chapel  St.Nikola which is distinguished with its genuine artistic qualities. Arrival in Veliko Tarnovo. one of the oldest cities in Bulgaria with more than 5 hundred years of history. Overnight in Veliko Tarnovo - Grand Hotel Yantra ****. 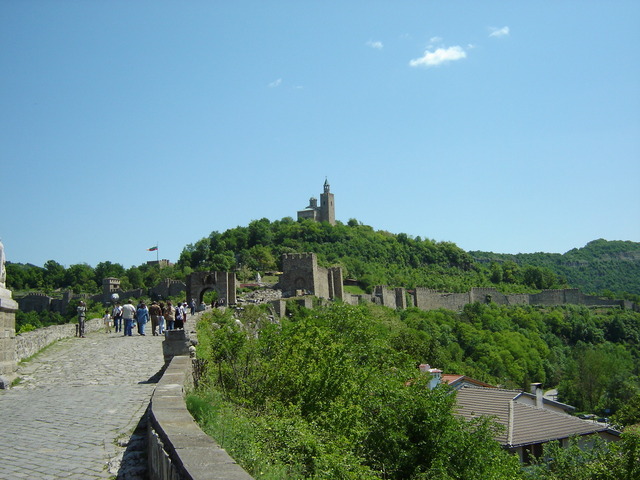 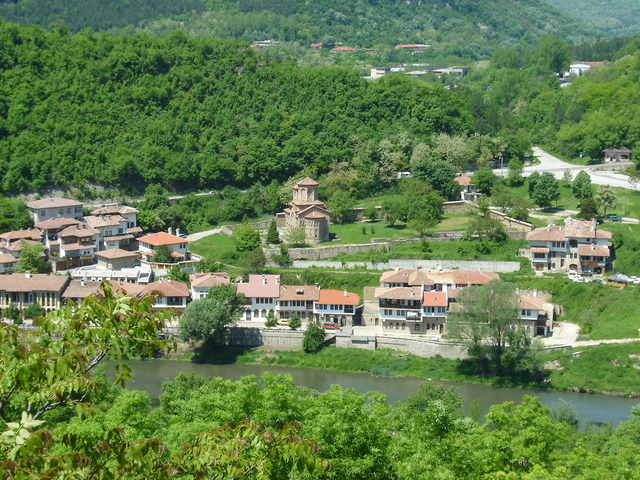 Arbanassi villageIn the afternoon, the exciting trip continues toward Arbanassi  one of the most unique and picturesque villages in Bulgaria. It is known for its rich history and the great number of various historical monuments, such as 17th and 18th century churches and examples of Bulgarian National Revival architecture, which have turned it into a popular tourist destination. Overnight in Veliko Tarnovo - Grand Hotel Yantra ****

Tsarevets Hill  inside the fortress 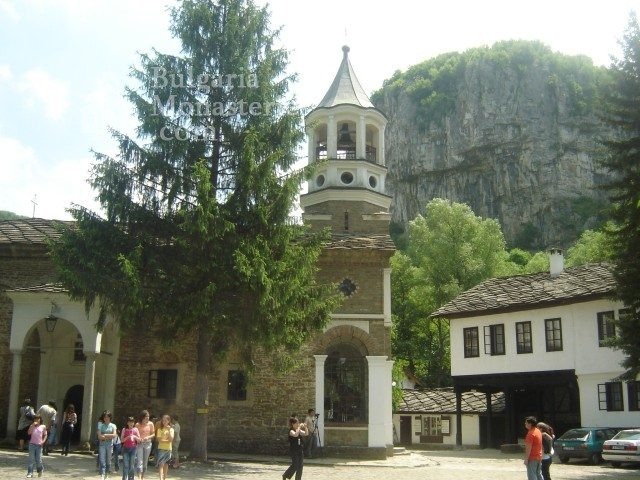 Dryanovo monasteryBreakfast. Departure for Dryanovo monastery Sveti Arhangel Mihail - situated in the picturesque gorge of Dryanovo River in Stara Planina. The monastery was founded in the 12th century and gradually became centre of the Hesychasm. During the Ottoman slavery the monastery was conflagrated twice and it was built at its present place in the 17th century. The history of this captivating holy site is closely connected with the National Liberation Movement. The monastery was one of the headquarters of the Veliko Tarnovo revolutionary committee. The Apostle of Liberty, Vasil Levski and his adherents often stayed in the monastery. During the April Uprising several surviving rebels repulsed the attacks of the numerous Turkish army only in nine days. Arrival in Plovdiv 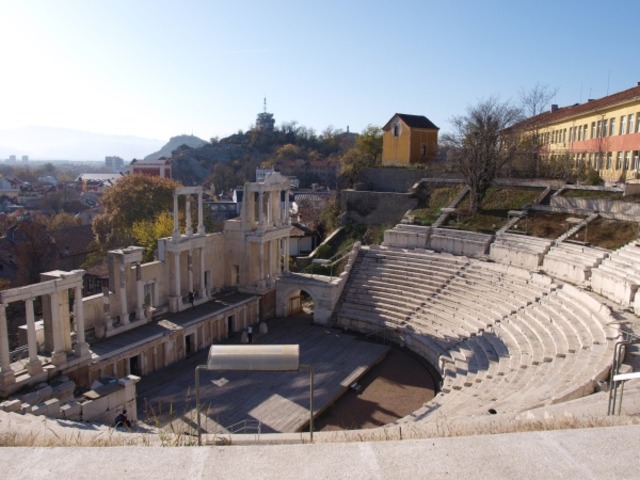 The Roman amphitheatreSightseeing of The Old city: The Antique theatre, built in the beginning of II century by the time of Emperor Trayan (98  117) was one of the most imposing public buildings in Trimontium; The church St. Konstantin and Elena, one of the oldest Christian temples in Plovdiv, was built in 337 on top of the fortified acropolis wall. It was dedicated to the great Emperor Konstantin who made Orthodox Christianity the state religion and his mother, Sveta Elena. The current church, however, dated back to 1832. The wonderful iconostasis and the covered portico features sumptuous frescoes were painted by Zahari Zograf between 1836 and 1840; The Ethnographic museum which is housed in a beautiful building from Bulgarian National Revival, built in 1847, is a wonderful example of the baroque style characteristic for this period. Overnight in Plovdiv - Leipzig Hotel **** 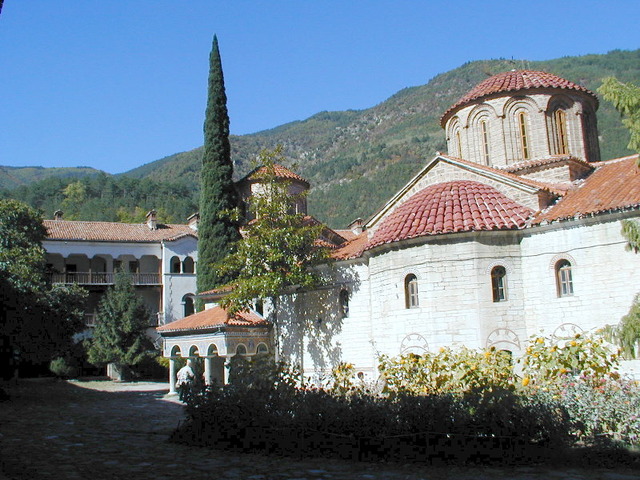 Bachkovo monasteryBreakfast. Departure for Bachkovo monastery "Assumption of St. Maria", the second large Bulgarian monastery. It is located on the right bank of the breathtaking Chepelare River. The monastery was founded in 1083 by the Byzantine military commander of Georgian origin, Grigorii Bakuriani and his brother Abazii. Yet only the two-storey bone-vault lying about 300m to the east of the present-day complex is still kept from that time. The bone-vault is a must-see building there because of its unique wall-paintings which rank among the most valuable works of Orthodox art of the 11th 12th century. During the times of the Second Bulgarian State, the monastery was patronized by Tsar Ivan Alexander, a portrait of whom can be still seen in the arcs of the bone-vaults narthex due to his renovation of this building. At the end of the 11th century, the monastery opens a religious school. Our trip continues to a famous Bulgarian ski resort - Pamporovo The specific combination of favourable weather condition makes this resort both beautiful in winter and in summer. Pamporovo, the pearl of all Bulgarian mountain resorts, is situated in the heart of the stunning Rhodopi Mountains. It is better known as the sunniest mountain resorts in Bulgaria. Pamporovo is situated on 1650 m above the sea level at the foot of peak Snejanka (1926 m). 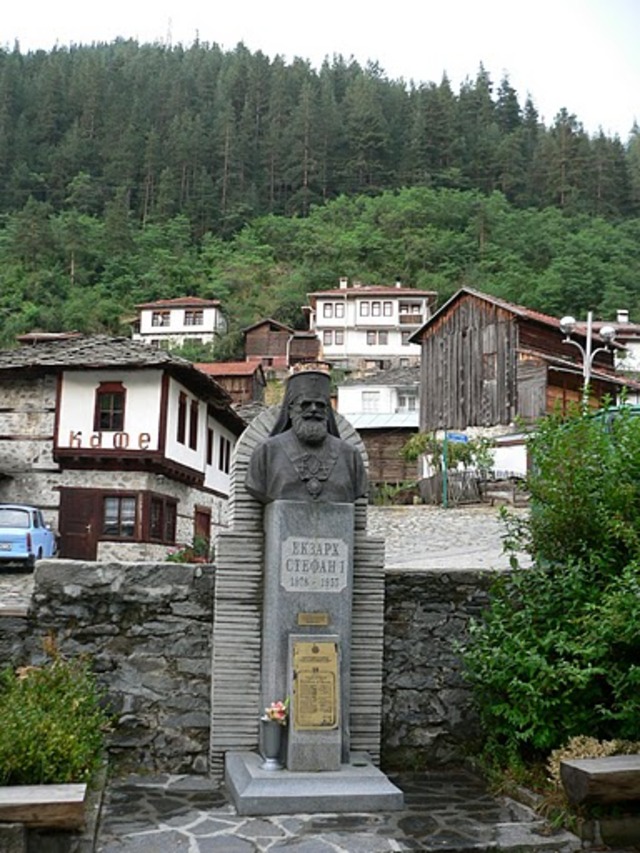 Shiroka lukaVisit of Shiroka Laka - villagemuseum, an architectural and ethnographic reserve, well known for its original Rhodope architectural style, musical traditions and history. It is built amphitheatrically in the narrow and steep valley of the Shirokolashka River, at the foot of the Western Rhodope Mountains. Next stop on the road is the city of Devin,Spa and holiday resort. It is situated amid scenic hills in the heart of the Rhodopes at an altitude of 710 - 780 m. Devin boasts several mineral water springs with a temperature between 16 and 76C. The water is clear, colourless, palatable, odourless, hyper- and homeo-thermal, mildly mineralized, and contains hydrocarbonates of sodium and small quantities of fluorine. It has a strong alkaline reaction (pH 9.4). Devin is the perfect choice when it comes for spa and balneology treatments for a wide range of diseases: of the locomotor system, cardiovascular diseases and nervous disorders. Overnight in Devin - Hotel Devin **** 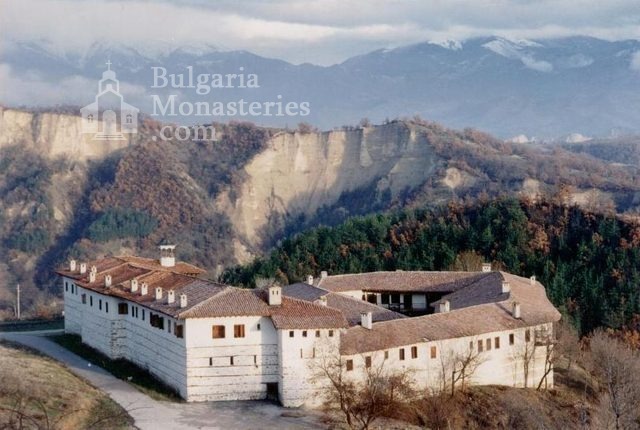 Rozhen MonasteryVisit of the town Melnik /old wine producing centre/, the Rozhen Monastery, winetasting in Melnik, dinner and overnight in Sandanski. Breakfast. Continuation to the the Rozhen Monastery, , built by the Melnik ruler despot Slav during the 12th or 13th century. the Rozhen Monastery offers an amazing view to the peaks of the green Pirin and Belasitsa mountains and the famous mels of Melnik  the latter being pyramid-like hills around the town, formed by the erosion of clay loam. the Rozhen Monastery is the biggest sanctuary in the Pirin region and one of the few Bulgarian monasteries of the Middle Ages which has survived relatively intact up to present days. Actually, the present day appearance of this old monastery dated back to 16th century. 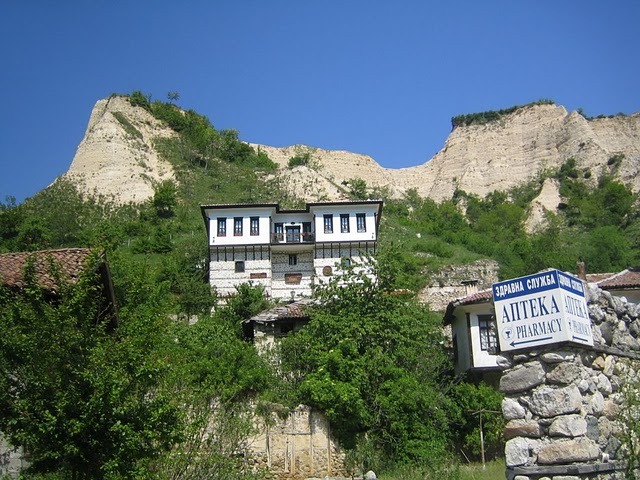 MelnikStop in Melnik  the smallest town in Bulgaria. The breathtaking Melnik pyramids rank among the most remarkable natural phenomena in Bulgaria. Over an area of about 17 sq. km. millennia-long erosion has created a truly unearthly world. Apart from the unique natural surroundings, the town also boasts for the fascinating architecture of its old Melnik houses, most of which were built during the Bulgarian Renaissance. 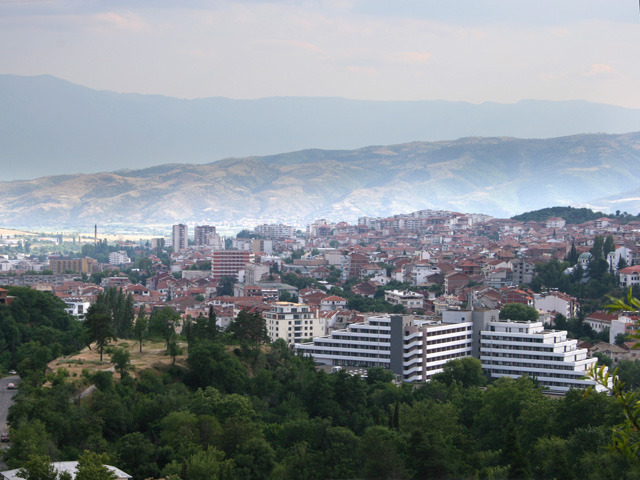 SandanskiArrival in Sandanski. Its excellent position, favourable climate (with the highest average annual temperature in the country, +19,70°C) and the concentration of mineral water springs in the area are the reasons why the town is a famous centre for relaxation and recreation. Overnight in Pirin Park Hotel Sandanski ***** 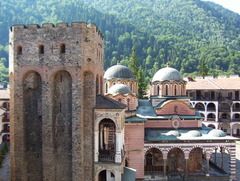