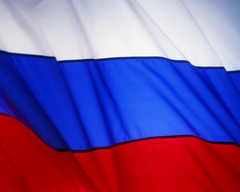 According to a survey, conducted by the Internet search engine Yandex, Bulgaria is second most visited summer destination for Russian tourists. First place is for Turkey. This means that Bulgaria is ranked higher than Greece, Spain, Cyprus, Montenegro, Italy, Egypt, Croatia and Thailand. Ivo Marinov, Bulgarias premier of tourism, participated in the presentation of the results of the Bulgarias tourism product ad campaign in Russia. This year Bulgaria organized such campaigns also in Germany and UK.

Russia is defined as a country with a potential to maximize the tourism flow to Bulgaria. The forecasts are made for the next 5 years. The effect of the advertising campaign is 23% which means that the tourism flow of Russians has increased over the period January- May 2011. The total number of Russian tourists who visited Bulgaria is 66 814. It is expected that the number of issued visas for Russian tourists would exceed 300 000.

The average holiday of Russian tourists lasts 12 overnights which mean that their stay is longer than the one in Greece and Turkey. The total amount of their expenses amounts to 840 EUR per person and average cost of an overnight is 69 EUR. Bulgaria is a preferred summer holiday venue for young Russians and families. 24% of the holidaymakers are families with kids. 90% of tourists arrive in Bulgaria with a flight and they prefer 4* and 5* hotels. The slogan of Bulgarias tourism campaign in Russia is Memories with a smile. The advertising campaign is estimated at 1.2 million BGN. The campaign is financed by the program Regional development.