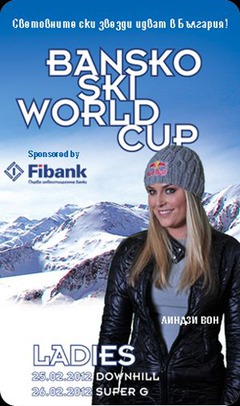 The official opening of Bansko ski season is on 17th of December 2011. Three alpine ski champions, Petur Popangelov, Mark Girardelli, Mihael Waldhoffer, will arrive in Bansko for the special event. Popangelov and Girardelli participated in last years events, however, its the first time when Waldhoffer visits Bulgaria. He is the only skier who marked three successful downhills at the trace Bormio in Italy. Three famous skiers will make their downhill. Then those who love the winter sports will have the chance to show whether they are better than them. The informal start of ski season in Bansko winter resort was on 1st of December 2011 at the ski track Ulen in the area Shiligarnika. So, do you think that you can ski faster than some of the best alpine ski champions of all times? Dare to race against three ski legends and prepare yourself for an exciting challenge!

What would you say about fantastic prizes in Bansko? Expect an amazing show-game that will take place on 17th of December, 1:30pm- 2:30pm, and you will become a part of something fantastic in Bansko ski resort! 30 fab prizes will be hidden underneath the snow at Bunderishka Polyana. The aim of all participants who will enter the zone after they have registered with their numbers will be to find hidden treasures, each of them will have the chance to find a number with the name of the prize. The biggest surprise that one can receive is a brand new car Audi A1! Book your ski holiday in Bansko, register at the website of Ulen, the concessionaire of the ski tracks in Bansko and take part in the contest to claim the biggest prize!