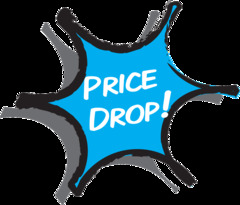 It is considered that the high summer season is over and most hotels started the so called mid season. Therefore, guests from abroad and Bulgarian holidaymakers should expect prices to be dropped tangibly. All hotels in Sunny Beach will reduce prices by averagely 25%. In the end of August prices are lower than those in July, but they are not as low as hotel rates which are typically introduced after 10th of September. The higher the category of the hotel, the greater is the reduction. It is believed that 280 000 holidaymakers will spend their vacation in Sunny Beach in September. Their number in the peak of the season was 400 000. In autumn Sunny Beach usually welcomes mainly elderly British and German tourists. The number of Russian tourists is significantly reduced as Russians usually leave the beach in the end of August. More Israeli holidaymakers will flock to Bulgarian resorts in September when they will welcome Jewish New Year.

First class hotels that dispose of indoor swimming pools, SPA centres and other services rather than beach will continue working even in the beginning of October. Although the reduction of September hotel rates is not announced, rebates and last minute offers promise to be tempting ones.Hotel owners also informed that this year prices remain at their last years levels and even a rise is not expected for summer season 2012. According to present figures, Bulgarian and foreign tourists prefer All Inclusive packages. Obviously such types of packages are cheaper that highly touted offers in neighbouring Turkey.