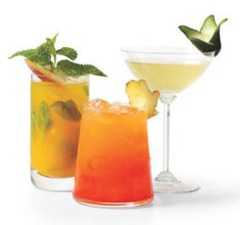 Hotels in the Northern and Southern Black Sea Coast are reducing prices in the range between 10% and 30% in late August and early September, shows a research of Klassa daily. This is a normal practice for most of them at the end of the season.

It is normal for the accommodation prices to drop, it is like the seasonal discounts for clothes, said for Klassa Marin Neshkov, Chairman of the Varna Chamber of Tourism. On the other hand, price reductions are a matter of individual policy, said Georgi Shterev, President of the Union of Hotel Owners at Golden Sands resort. The same trend could be noticed at the Southern Black Sea Coast. There are four different price levels, depending on the season, which starts at the beginning of May and ends in mid-October, said Mihail Popov, Executive Director of DIT Hotels in Sunny Beach. In the late summer after 20 August, we are offering 10% discounts in all markets, he added.

Hotels of lower category, some guest houses and hosts, offering rooms, are also reducing prices in the range between 10% and 30%. Not just Black Sea hotels, but mountain and spa hotels are also offering now attractive prices for the holidays, associated with the Unification Day on September 6. The offers start from BGN 36 per person per night.