Winter sports- history and something else

Why do so many generations worldwide love skiing in winter 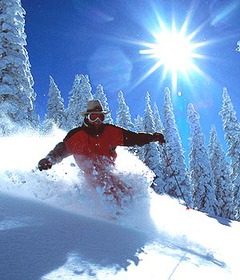 Winter sports and all its variants arise from our need to touch snow-covered surfaces. In Nordic mythology and history of the Nordic countries, there are references to the movement on snow using special shoes or even skates. It is believed that Swedish and Finnish residents used to ski 4000 or 5000 years ago.

Skiing is probably one of the oldest sports as the skis were used in Scandinavia 5000 years ago. Skis were the most appropriate way for locals to travel in snowy areas. In the 10th century the Vikings who came to different regions of Europe to conquer different countries have spread the use of skis. Alpine and Nordic skiing was spread in Europe with three types of skiing: downhill, running and jumping.

During the 19th century skiing became a sport especially when Sondre Nordheim, a Norwegian couple, came up with the ski boots, invention that provided greater control over the ski jumps and spins. The history of skiing in Europe in short: