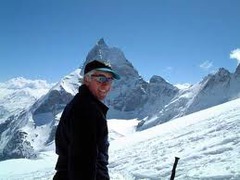 Bansko , Bulgaria's biggest ski resort, is the cheapest resort for British skiers in the world. The information is a result of a new research by the Post Office.Even though last year Bansko ski resort ranked second, preceded by Romania's Poiana Brasov, now the best ski resort in Bulgaria has emerged as the most attractive winter resort for Britons who travel on a tight budget since prices have fallen by 5% in comparison with 2010. The total cost for ski equipment, lift passes, ski tuition, drinks and an evening meal for two is estimated at £263 which was still £100 cheaper than the runner-up resort of Arinsal in Andorra. According to Ski Resort Report 2011, carried out by Post Office Travel Money in association with Crystal Ski, the prices in Arinsal have also fallen by 5%. Slovenias emerging resort Bohinj is ranked third and it made the first entry into the list.

"Skiers on a budget have great value resorts to choose from if they head east to Bulgaria and Slovenia or west to Andorra. Italy is also ideal destination for those skiers who prefer skiing in one of the long-established high end ski resorts," commented the head of Post Office Travel Money, Sarah Munro. Lets remind you that last year Bansko was named the winter capital on the Balkans at an international tourism exhibition in the Serbian town of Novi Sad. Bansko is attractive for tourists with its nearly 2800m high Todorka Peak. Tourists spend no more than 25 euros per night night in mid-ranged hotels which exemplify Bansko's ambitions best  quite chic atmosphere without excessive luxury. Most tourists enjoy their cold nights in the pubs and most frequent visitors are Britons, Irish, Greek, Russian tourists. Critics say Bansko was built to meet the standards of not that wealthy tourists who do not generate so much money for the country. Although Bansko is considered affordable ski resort, it would not be attractive in the long term unless it complies with the highest standards.